Menses, the medical term for a woman’s menstrual period, is based on the Latin term mensis, which is the plural form of “month,” as it’s somehow peripherally related to the amount of time (27 days, 7 hours, 43 minutes, 11.6 seconds) that it takes the moon to orbit the Earth—but I don’t know how. It also describes in one unassuming word the special punishment a woman endures for having survived another of those orbital phases: Her uterus scrunches up into a g-ddamned fist for three angry days, she unendingly craves chocolate and Diet Coke, and she starts to sweat from pores she didn’t know she had. The afflicted woman unapologetically wears baggy clothes and makes time for twice as many trips to the restroom—sometimes to pee, because that apparently has to happen a lot more during this nonsense, sometimes simply to find a quiet place to cry when the hormones kick in. 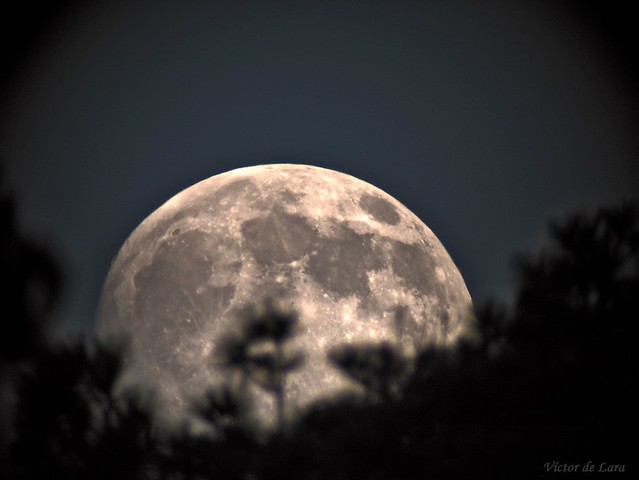 For all of this, we have the Roman goddess Diana to thank: This recurring misery is tethered to her mythological moods and ministrations, which follow the moon queen as she chases her brother Apollo around the heavens in his sun-golden chariot. No wonder she’s also the goddess of the hunt: Any woman who has suffered through the monthlies knows the power of that instinct. I have definitely spent whole cycles simply dying to put an arrow deep into somebody. PMS is a dangerous thing.

In any event, it’s Diana, patron of mothers and of childbirth, who gives us the mean reds: Perhaps it was more than coincidence, then, that my second-ever menstrual period saw fit to strike with a g-ddamned vengeance in the middle of my seventh-grade Latin class.

Not quite yet the full-grown woman into whom I was supposed to have magically been transformed by my first ride on the Sanitary Napkin Express, I hadn’t known yet how to count the days and expect the return of the moon in her cycle. Not only that, but I was also inexperienced enough not to have a secret pocket in my backpack filled with just-in-case supplies: the painkillers, the liners with wings or without, the change of private clothes. The first time had been so naively traumatic—“Mom, I think I might be dying: There’s just blood coming out of me!”—that it hadn’t really sunk in that this was a thing that would plague me the whole rest of my reproductively viable life. I mean, how could that possibly be?

My fellow discipuli had no idea of the mess being made to both my jeans and my self-esteem, but halfway through class I noticed a sort of sticky warm wetness that immediately turned up the thermostat on my face and made my heart beat six times faster in my chest. Oh no, oh no, oh no—please, not this thing again. Not now.

I was trapped: I couldn’t get up to go to the restroom, because surely then I’d be spotted spotting, but could I just sit there letting it get worse, paying no attention whatsoever to the parts of speech being volleyed around the room? And then what was I supposed to do? No matter which way you swiped it, the moment was drenched in malem sanguinem. Bad blood.

Fast forward through the most excruciating twenty minutes of my middle-school life, and finally the period was over—the class, that is, not the worst nightmare of adolescence happening in my uterine region and spilling out all over my g-ddamned thighs. My classmates streamed out of the room in what seemed like slow motion and single file, as if purely to torture me; I sat stock still in my chair knowing I would have to come up with something to say to the Magistra.

She came over and bent over my desk, warmly placing a hand on my shoulder: “Is something the matter?” And so I began to sob.

Magistra knew enough to wait until all of the other kids were securely wedged into the desks in their next classrooms to escort me down the hallway—first to buy me a can of Coke, which I’ve always thought was an extra generous touch (surely she herself was a mater), and then to deposit me in the solitary confinement of the nurse’s office.

“We’ve had a little…issue,” was the whispered explanation she gave upon arrival. “You might want to call her mother.” Magistra then led me (and my soda) to a soft reclining chair, bedding me down under a bath towel to hide the proverbial scarlet letter of my humiliation. They must have kept towels rolled up by the dozens in a closet somewhere; they must have thrown them away or burned them after using them as covers and comfort to we the unhappy feral children who knew no better than to bleed all over the place. “It’s okay,” Magistra said before she left me, patting me on the head. “Don’t worry about a thing.”

The nurse came over a few minutes later to let me know she’d called my mother, then a teacher in an elementary school in another county, about a 40-minute drive east of where I sat clutching a cheap towel and biting my straw. My face was still hot from crying, and I had a killer headache. “Your mom said she’d leave to come get you as soon as she can. Until then, just sit here and try to be calm.”

It was just this side of 11am when I had gotten my advancing womanhood all over my pants, as well as one of Magistra’s plastic chairs (my deepest and sincerest apologies to the unhappy custodian who reported for that duty). Full of Coke and profound despair, I was too tightly wound to eat lunch later that hour; instead, I tried fruitlessly to fall asleep, convinced that any minute my mother would burst into the nurse’s office with a warm embrace and a clean pair of pants. Maybe I would wake up at last to find out the whole horrible thing had been a fever dream!

But alas, no: This shit was real, and I was alone. Well, alone aside from the nurse, but it’s not like we were yukking it up in there. In fact, I’m not sure she let out more than two sentences in my general direction. I felt vaguely like I had disappointed her. Or disgusted, in any case.

The office was quiet and darkened, kept at a slightly lower temperature than the network of hallways and dingy rooms the rest of the building comprised: In fact, in that room I felt as though I was somehow experiencing the cool side of a pillow flipped in the middle of a night’s sleep. Pulled away from the noise and bullying of the corridors, I was simply waiting for some comforting embrace to take me away, fully expecting that it would. I felt cold and new, forged from the hardened skepticism of a kid who’s detached enough from the world to take Latin at age 11, the longing and loneliness of a girl who doesn’t know to expect her second period and feels left essentially for dead on a flimsy public-school recliner, waiting for an adult to prove—not just say—that it’s actually okay. Surely it was actually okay. Right?

My mother did finally drive up and take me away that afternoon, 20 minutes before the end of the school day and just in time for most of the student population to be wistfully staring out the window in my direction as I slumped out of the building, my shoulders curled forward in shame. When I asked her what took her so long, she said, “It’s not like it was an emergency. What did you want me to do, leave in the middle of work?”

Mom had brought me an extra-long sanitary napkin (with wings!), but forgot a change of pants; instead, I found a long-sleeve shirt to wrap around my waist so we could walk to her car without alerting the whole school district that I was yet unaware of my abundant young fertility. When we got home I gingerly slipped into fresh pajamas, crawled directly into bed, and cried for three hours without stopping.

I have never had a period since without thinking about Magistra Stavenick—or the horrors of childhood. I will never look at the moon without wondering where Diana is, and whether she cares a lick about the misery she puts all birthing-age cisgender women through. And, perhaps worst of all, I realize that no Coca-Cola Classic in the history of mankind will ever taste as amazing as the one my Latin teacher bought for me when I bled all over one of the seats in her classroom. Because that, my friends, is true genuine fucking kindness.

2 thoughts on “Five Idioms: Blood Is Thicker than Water”