What inspired the notion of adopting a rabbit, I have no idea—that is, besides the obvious fact that rabbits are impossibly cute. There’s nothing more delightful than watching one pick up a huge piece of lettuce in its mouth and slowly, methodically drag it disappearing into its crunching jaws. Just as the rabbit appears for the magician, the lettuce disappears for the rabbit. Everybody wins.

Part of what I think I wanted from having a house rabbit was the idea that somehow it would make my living space seem enchanted, part of some fairy universe where humans peacefully coexist with what would normally be considered wild animals. Cinderella having her dress sewn by mice; Belle stretching out her arms in song and dance only to have a dozen tiny sparrows perch on her perfect smooth skin; Lucy walking with her talking fawn. I could be like them. It could happen.

There was only one person I really knew to keep rabbits at the time, and though it seemed like a tremendous long shot, I thought she might be able to help me. So the next time that I was working when she came by the coffee shop, dropping off a platter of 21 homemade-from-a-box cupcakes in return for $21 cash, I found myself nervously hiccupping, “Can you tell me about your rabbits?”

“Sure!” said Amy Sedaris. “You want a rabbit? You should come meet my rabbit!” 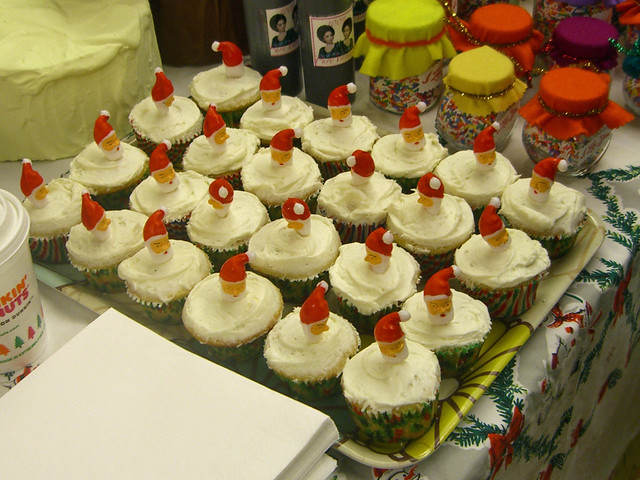 She conjured a business card from the folds of her outfit: Amy Sedaris, honorary representative, New York House Rabbit Society. She scribbled a phone number underneath her e-mail address and said, “Call me, I’ll introduce you to Dusty.”

I did actually call Amy Sedaris, exactly once; she’d warned me that she never answered the phone, and as promised I got her voicemail, which said, “Hello. I’m sitting next to the phone listening to you leave this message, and I probably won’t call you back. Okay, bye!” I didn’t leave a message, because how do you leave a message in the face of something like that? Instead, I hung up and sat in a stunned silence, staring at my phone. I’d entered her into my contacts list; typing in “Amy Sedaris” felt weird and phony, but hey, she’d given me her number. She had to ask me for mine.

Two weeks later, I got a call out of the blue, from her. “What are you doing right now?” said the familiar voice, which always sounds just a little bit in character. “The House Rabbit Society just got a beat on a beautiful giant Rex—that’s the breed Dusty is—and if you could come over right now I could introduce you!” Alas, I was just headed to work, but another time? Sure, sure, she’d just keep trying. She really seemed committed to me and my long-eared longing; she practically bounced (hopped?) every time I saw her. “I’m keeping my eyes out for you!” she giggled, handing over the cupcakes. Sometimes they had little plastic clown heads stuck in them; once, ballerinas. Occasionally Amy would cut designs out of paper by hand and glue them onto toothpicks, piercing that store-bought pink icing and paper-dry cake with the outline of a snake, or a banner that said, “SHIT.” I always ate one right after she left; I’d put a dollar back into the till from my own pocket and bite straight through to the middle of the thing, crumbs collecting all down my shirt. A cupcake baked by the comedic actor with the twice-as-famous writer brother—in one of whose books I was sure this bogus adventure was going to eventually appear—who was going to help me get a rabbit: There was no sweeter taste on earth.

While I was waiting to be connected with the house rabbit of my dreams, I began the practical details of bunny adoption—which, as it turns out, are myriad and maddening. Two phone interviews; two house visits (one to a current adoptive rabbit-person’s house to learn about proper bunnyproofing; another to your own to ensure you’ve successfully bunnyproofed the space); a visit and socialization in the rabbit’s foster home; a visit to your own home with the rabbit and a House Rabbit Society chaperone; and scads of paperwork, application after application. It was overwhelming and frustrating in a way that, I realize now many years later, intentionally made the attempt to adopt a rabbit completely hopeless, because about 0.001% of the general population is actually emotionally and mentally equipped to have a rabbit as a pet.

“I can’t believe you have to jump through this many hoops for a fucking rabbit,” said one of the editors at my other part-time job, the one at the hyperlocal event-listings magazine that specialized in over-the-top snark. “You should write a piece about it—Easter’s almost coming up, anyway.”

And so, I did. Amy put me in touch with the president of the local House Rabbit Society, whom I interviewed with genuine interest about rabbits and their care and feeding: Why are they so hard to adopt? (There are an abundance of abandoned ones—especially after well-intentioned Easter gifts go sour.) What makes them special pets? (They are long-lasting and can be sweet; their naturally skeptical nature makes the development of a trusting relationship incredibly meaningful.) What are some of the obstacles to owning one? (They chew, they bite, they hide, they will leave pellets in your shoes, they are delicate and get sick easily, they can shed like the dickens, and they will never really ever love you. Ever.)

Of course, the president of the House Rabbit Society was something of a character; her excessive earnestness, coupled with the eccentric fact that she was making broad pleas to the general public about an animal as misunderstood and strange as the pet rabbit, made her the center of the magazine’s snark bullseye.

Without my say-so, the interview was turned into the editorial equivalent of a carnival dunk tank: My questions were softballs being lobbed at the proverbial target, and with every answer the poor woman found herself soaked with sarcasm. Good editors work with writers to make the work fit; bad editors are rascally types who twist and turn and re-punctuate until you’re embarrassed to have your name attached. I’ve had both, and thankfully more of the former. In this case, however, rascally heads prevailed, and when I saw the final product in the magazine—350 words of dripping condescension, ho ho ho, aren’t rabbit people hilarious?—my stomach sunk to the floor. I was done for.

Two days later, I was behind the counter when that tiny flash of a woman came in: Amy, with a tray of cupcakes in her hand. She strolled up, and we exchanged the usual cash for cakes; before I could say anything, she looked at me with a stony expression and said, in that vague Raleigh accent, “Saw your article in [the magazine] this week.” She cocked her head just a half-inch to one side, clicked her tongue against her teeth, and marched out of the café clutching two tens and a single.

It was the only time I didn’t have the stomach for a cupcake, though I didn’t realize then that I’d never have another chance. I haven’t seen her since.